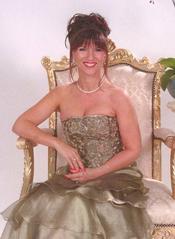 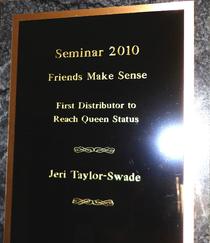 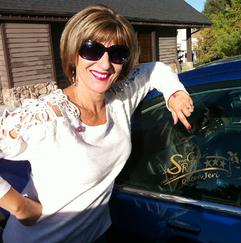 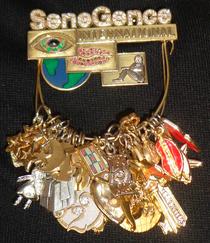 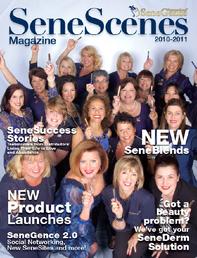 Jeri is the wife of Curt Swade of whom she says is the “perfect man “. Well perfect for her anyway. She has grown children A son who is 38 and a daughter 35 and three adorable smart magnificent and sweet grandsons who are 13 and 10 and 4, plus a beautiful granddaughter that is 5 yrs.!

Jeri's favorite quotes are “Just Keep on Keeping on!”  and  “If is going to be….its up to me!” 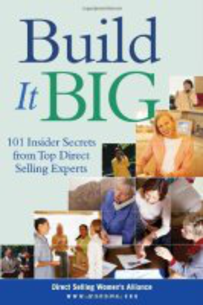 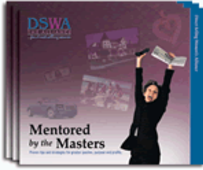 Jeri started out as a "part-time" distributor 20 years ago for a home-based cosmetic company (SeneGence) & after 2 years made the decision to go full time into direct sales/network marketing. Within a few short years, she achieved the title of Queen in her company  Jeri was the FIRST QUEEN of SeneGence and remained the only Queen for 14 years! She is a certified makeup artist, and in fact, was named LEAD International Makeup Artist for SeneGence International 2015.  She is also recognized as an inspiring team builder of which has produced 72 million dollars in organizational volume. Jeri is an international trainer for SeneGence International and has traveled to many countries representing SeneGence products and business opportunity.
Jeri has earned the privilege of driving a company car (called a SeneCar), has earned exotic, all expense paid trips, diamond jewelry and the coveted "Crown Princess" Ring (of course it's pink to represent her dominion!)

Jeri is an acknowledged “expert” in the direct selling arena.

She is a contributing author in the #1 best-selling industry acclaimed book “Build It Big - 101 Insider Secrets from Top Direct Selling Experts”,

Jeri is one of the Masters featured in the CD training series called
“Mentored by the Masters”.

Jeri is community minded and is the Past-President of a local Las Vegas Civitan club, and sits on the Board of the Walter Hoving Home in Las Vegas, NV.

Jeri’s key to success is consistency, persistence, perseverance, & the ability to establish a phenomenal team.

Jeri Taylor-Swade, First Queen SeneGence launched a new PodCast in 2017 called Cuppa with the Queen, where she empowers, motivates, encourages and educates SeneGence Distributors as well as others in the Direct Selling Industry 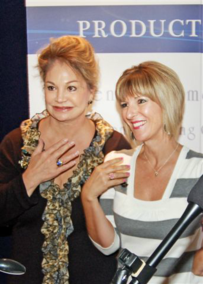 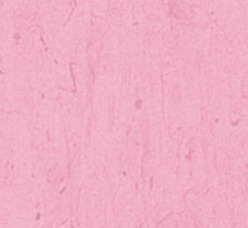 My  Story....My Journey as a SeneGence Distributor

Once a Record Breaker - Always a Record Breaker. You are now forever amongst the elite few who have become the SeneGence Legacy. I am so pleased we have the privilege to honor you and your achievements. To view your Record Breaking entries please go to your Distributor Back Office>Resources>Recognition Programs & Reports>Record Breakers.
You are truly an inspiration to your SeneSisters and have opened the eyes to many that, in fact, the rewards gained in a career within SeneGence come quickly to those who "Choose to Live in Love and Abundance....And then Work for IT!"
Much Love,
Joni Rogers-Kante

Dear Jeri,
Congratulations!
You have earned the very prestigious position as a SeneGence Legacy Record Breaker Distributor. In fact you have qualified as a Record Breaker in an entirely new Record Breaking category of Sponsoring:

We are extremely excited to inform you that you have been nominated to the Academy of Multi-Level Marketing 'Top Five' List of Distributor of the year. Our Academy of around 175 members voted you into the top five category"

"Hi Jeri, my name is Bret A. Matheny and I am a Board Member on the AMM
(Academy of Multi-Level Marketing).  I serve on the board with the likes of Len Clements,
Mel Atwood, Doris Woods, Kevin Thompson, Dr.Charles King, Michele McDonough,
Kevin Grimes & Lisa Wilber.